The discovery of the use of part containers in the transport 51 9 of goods since the late 1950s De considered a stone base. An angle in the evolution of the maritime transport industry “or what was called the” revolution of containment “by the result of Radical changes in the transport industry. The container loaded with goods became capable.
Move from the production site to the commodity until it reaches the consumer markets, which is called The transportation system from door to door, and a new era, the era of multiple modes of transport by road and by sea in an integrated system to check speed, safety and low cost. The means of transport have been transformed into a medium that serves the flow of goods.

Through land, air and sea. The multimodal transport system has become the backbone of operations.  The flow of goods from the product red to the consumer. The multimodal transport system involves multiple activities related to efficient production, distribution and storage.
High cost and economic cost, which was organized by the convention on multimodal transport prepared by the council.
Economic and Social Council of the united nations in 1973 under the auspices of the “UNCTAD” which has been adopted at the 1980 United Nation conference in geneva with the participation of 84 States, including 51 States.

Developing countries.
The provisions of the convention regulate the multimodal transport process based on a set of principles. Basic defines the liability regime and obligations of the carrier and the contents of the multiple transport document.
Media, reservations, claims and arbitration with the choice of shippers between transport.

Fragmented and multimodal, without prejudice to the right of each state to be at the level. National organization and control of multimodal transport operations and contractors, if the agreement is intended.

1. An international contract of carriage between at least two different States.
2. Contract for the carriage of goods not persons.
3. At least two different modes of transport (Land – sea – air – rail – waterways)
4. In accordance with one contract of carriage governing the entire journey between the shipper and the multimodal transport operator. The importance of the multimodal transport system. The importance of this system is in response to the global changes in the fields of economy and trade.

1. World economic powers that reflect the new world order and trade controls Which control global markets for production and consumption and cross-border activities And continents where global production has become international in character.2. Increased technical value of world trade and value added activities and rationalization of transport expenses and logistics cost.
3. The growing trend towards global transport integration and management complexity
Transportation and logistics costs.
4. Evolution of types, sizes, loads, c techniques of different types of transport and increasing trend towards.

Role of the United Nations in the development of multimodal free transport:

The United Nations organizations A concerned with multimodal d transport are IMO and UNCTAD and ASCWA system is developed by:

– Develop model rules for container definitions.
– Develop a model document for multimodal transport.
-Setting up electronic computer programs to monitor transport and communication between the parties.
-Development of statistics related to the multimodal transport system.
-Develop training programs to prepare specialized cadres.
-Issuing reports and studies on evolution of the system.

2- Railways field Availability of rail networks between ports and cargo terminals.
And in-house assembly and distribution such as (Egypt, Saudi, Arabia and Syria). Operating railway services (container trains) at controlled times Spreading its lines to cover the most important manufacturing, distribution and market areas Consumption, but the cost of construction requires investments.

3- In the field of inland water transport.

4- In the field of sea shipping.

5- In the field of air transport. 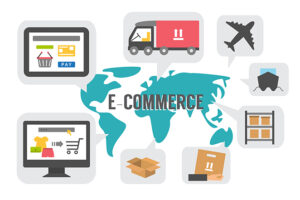 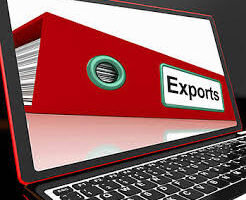 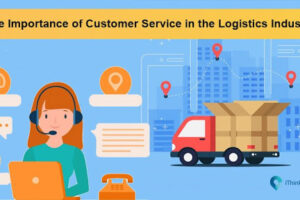