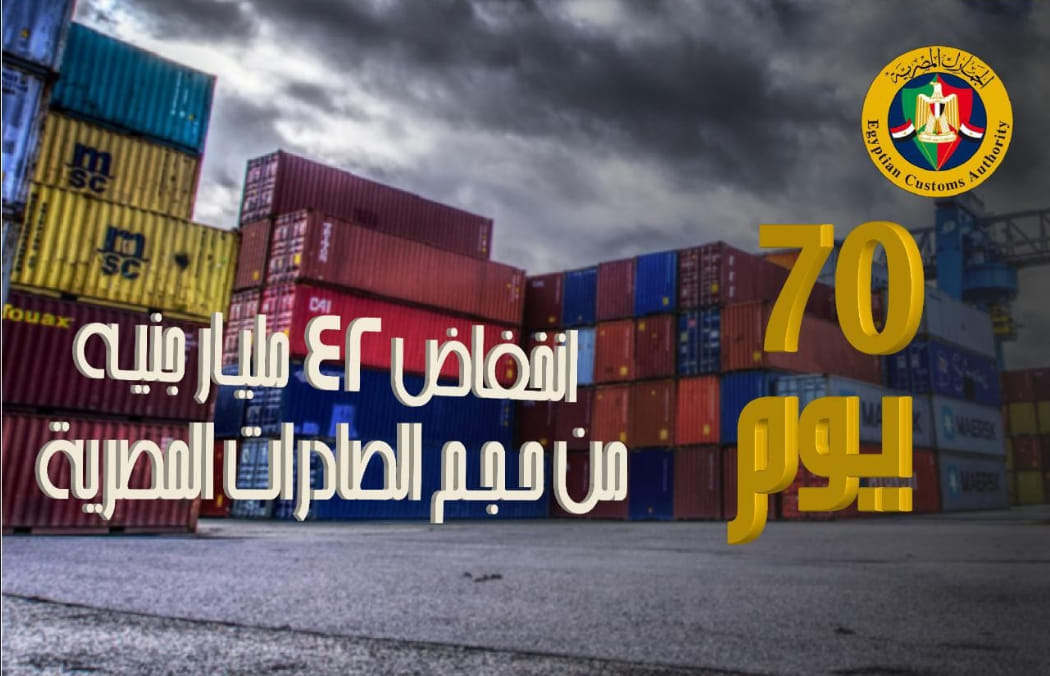 The Egyptian Customs Authority revealed that Egyptian exports declined in only 70 days, by more than 42 billion pounds, due to the decrease in exports of all sectors due to the closure decisions and precautionary measures to confront the Corona virus. This decline comes amid state support for exporters by pumping 5.2 billion pounds into export burdens, from the beginning of the current fiscal year to the beginning of July and until the end of May. Pumped two billion pounds to support exports in April and May. The Ministry of Finance said that the sums pumped are aimed at providing liquidity to the issuing companies during the Corona crisis So that you can pump it into production and retain employment, while fully adhering to all precautions and preventive measures

When they deliver you a shipment and are afraid of you, think that you will lose it and save it

Wheat, corn and soybeans are the most important events that Damietta Port received during the past week.