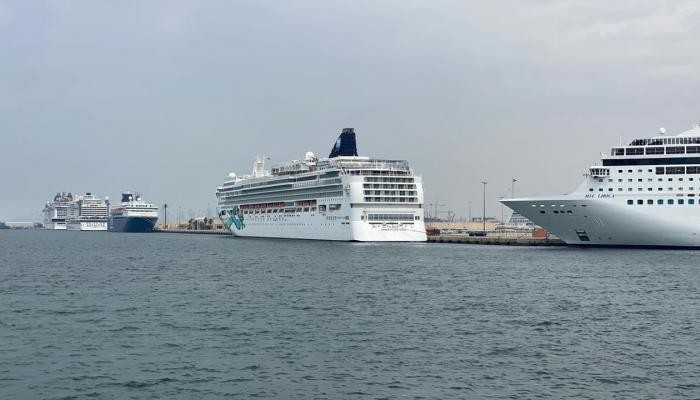 Today, Saturday, satellite imagery of luxurious marine fleets stuck in the ocean after it was prevented from mooring on beach ports due to the new Corona virus. The cruise ship industry around the world was among the most affected by the virus, especially after the discovery of large numbers of infections on board many of them. Some of them made headlines like the “Princess of Diamonds” ship, which injured hundreds of tourists on board. Press reports revealed that dozens of cruise ships accumulated in several regions, including the Caribbean Sea and near the Philippines. According to “Sky News” quoted by the US “CNN” news network, there are 57,000 workers aboard 74 cruise ships in and around American ports, off the coast of the Bahamas, and in the Caribbean Sea. The reason the ports do not receive these ships, which are currently empty of passengers, is because of the full berths and the fear of the transmission of the Corona virus from the crews of these ships.

Agriculture: the rise of potato exports to 566 thousand tons for global markets.

Damietta Port approves a package of discounts on services and fees to attract shipping lines.